In this document we explain the various AXS Guard network zones, the default firewall behavior which applies to traffic between these zones and special cases where advanced firewall rules are required to bypass the default behavior of the AXS Guard firewall.

About the AXS Guard Firewall

The AXS Guard firewall is based on iptables. Detailed information about iptables is beyond the scope of this document. See the appropriate online references for tutorials and additional information.

Knowlegde of iptables is only required to configure advanced firewall rules on the system. Most rules and policies can be configured via the web-based administrator tool of the AXS Guard appliance. See the AXS Guard firewall manual for instructions.

A network zone can be defined as a physical network to which the AXS Guard appliance is connected. There are 3 distinct network zones: the secure zone, the Internet zone and the DMZ. Each zone can consist of multiple networks, e.g. you can have more than 1 secure LAN or DMZ. Each zone is connected to the AXS Guard appliance via a dedicated network (eth) device. 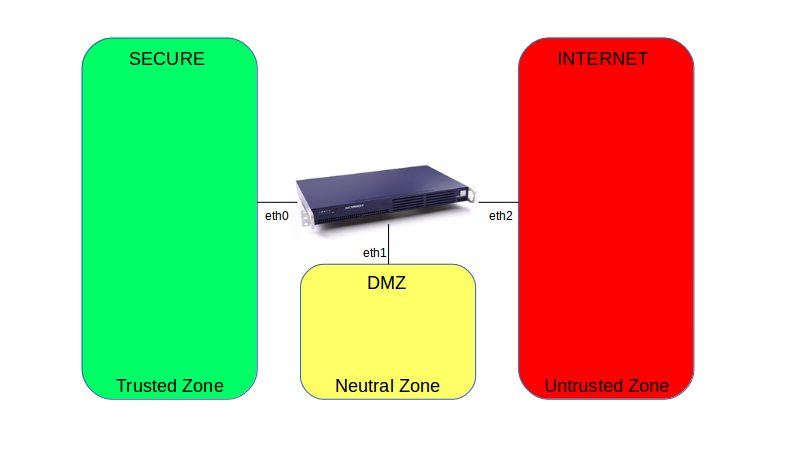 By default, the following zone (network device) combinations are not allowed by the AXS Guard firewall because they are inherently insecure. To bypass this behavior, advanced firewall rules must be used.

VPN tunnel devices, such as IPsec, PPTP and OpenVPN devices are part of the secure (SEC) zone.

The different NAT types are explained in the AXS Guard system administrator guide.

The AXS Guard applies pre-defined masquerading in the following order by default:

If none of the above combinations match, the packet is either:

In some situations, the predefined masquerading rules do not suffice. Traffic towards the Internet originating from hosts with private IP addresses in the DMZ will be discarded if no masquerading is applied, because private IPs are reserved for hosts in private networks and are considered "non-routable".

In such cases, specific masquerade rules must be configured to allow traffic originating from these hosts to be routed over the Internet. See the system administrator manual for instructions. 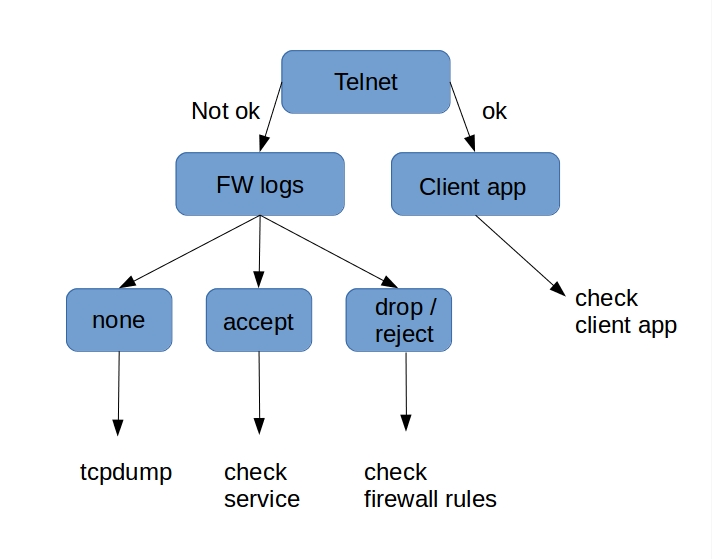 The IPS may still be blocking traffic allowed by the firewall. Check and update your IPS configuration if necessary.